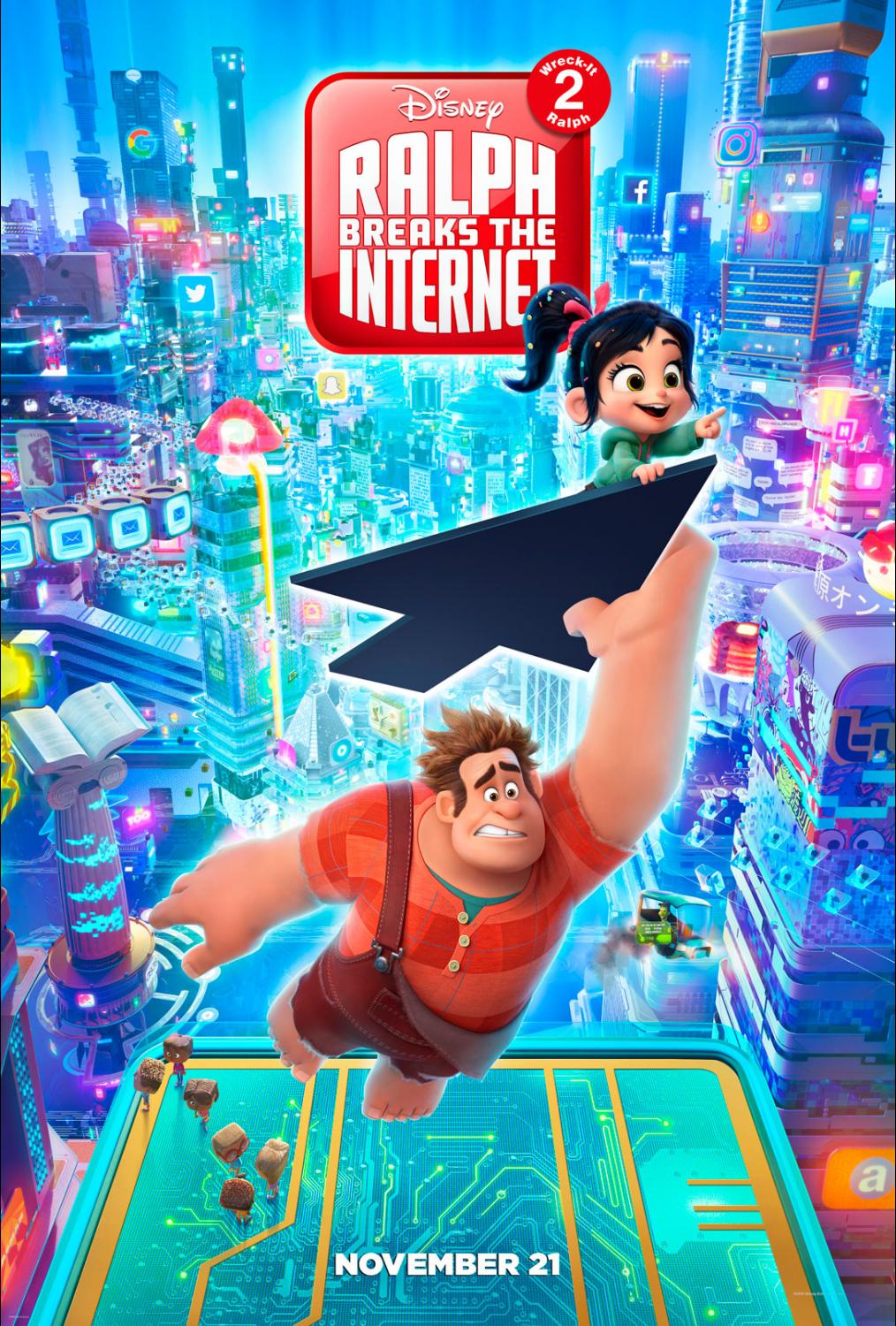 The long-anticipated Ralph Breaks the Internet is coming to DVD finally and we are looking forward to owning it. It is available on Digital 4K Ultra HD™ and Movies Anywhere on Feb. 12 and 4K Ultra HD and Blu-ray™ on Feb. 26! Go here to order it on Amazon now or watch it on demand!

Ralph Breaks the Internet: Wreck-It Ralph 2” leaves Litwak’s video arcade behind, venturing into the uncharted, expansive and thrilling world of the internet—which may or may not survive Ralph’s wrecking. Video game bad guy Ralph (voice of John C. Reilly) and fellow misfit Vanellope von Schweetz (voice of Sarah Silverman) must risk it all by traveling to the world wide web in search of a replacement part to save Vanellope’s video game, Sugar Rush. In way over their heads, Ralph and Vanellope rely on the citizens of the internet—the netizens—to help navigate their way, including a webite entrepreneur named Yesss (voice of Taraji P. Henson), who is the head algorithm and the heart and soul of trend-making site “BuzzzTube.”

Be sure to keep reading this post to find out how you can win your own copy of Ralph Breaks the Internet. 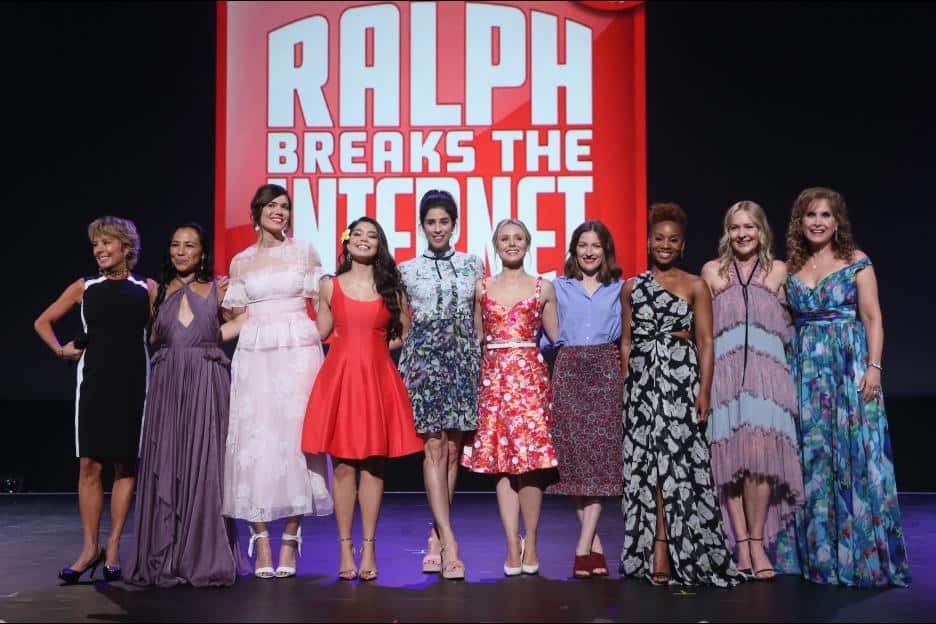 It is no secret that I love doing themed nights for our family movie nights. It adds an extra level of fun when you offer crafts and even snacks that fit along with the theme of the movie. We had a Beauty and the Beast party, a Bambi movie night with lots of Bambi food and crafts,  and even a Moana movie night with fun Moana food ideas. All complete with food and crafts to really make a fun night in even more special.

Now we are gearing up for another movie night with the long-awaited follow up to Wreck it Ralph. 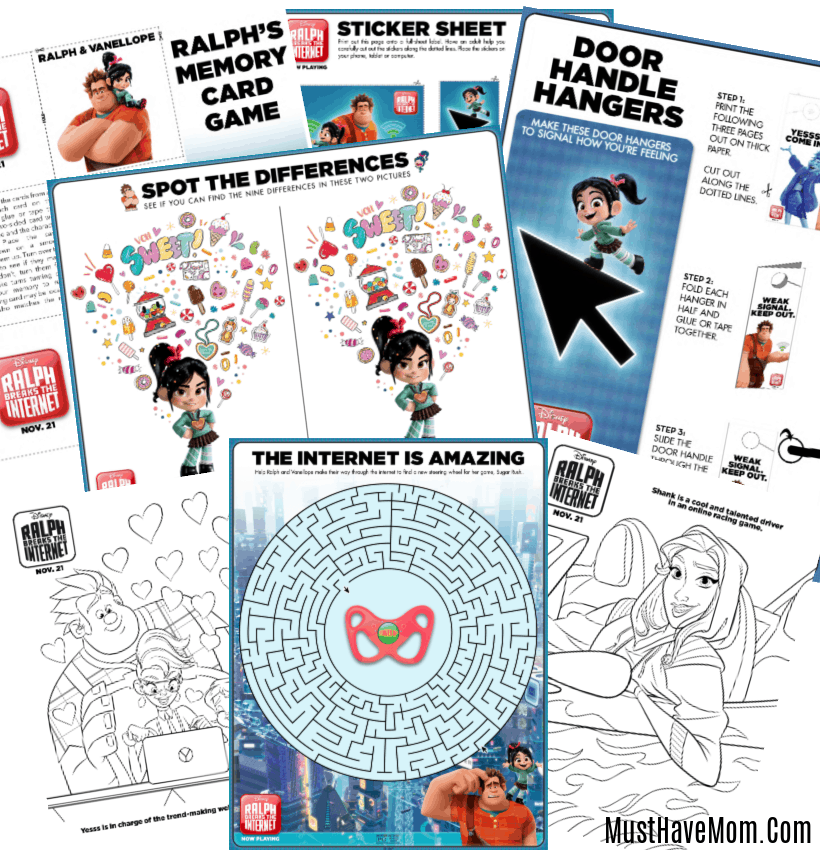 Start your family movie night off with these Ralph Breaks the Internet free printables! We have everything you need to please kids of any age including, coloring pages, activity pages, a DIY costume template, memory game and MORE! They are the perfect thing for before the movie or to even keep little ones occupied while you watch. Grab all of these printables for free by entering your email below. We’ll send them to you and you’ll be taken directly to them so you can print them off right away! If you print a lot then make sure you check out my free printer ink hack!

Ralph Breaks the Internet and pancakes go hand in hand. If you are not sure why be sure to watch the entire movie. And if you want a sneak peek, check it out in this video: 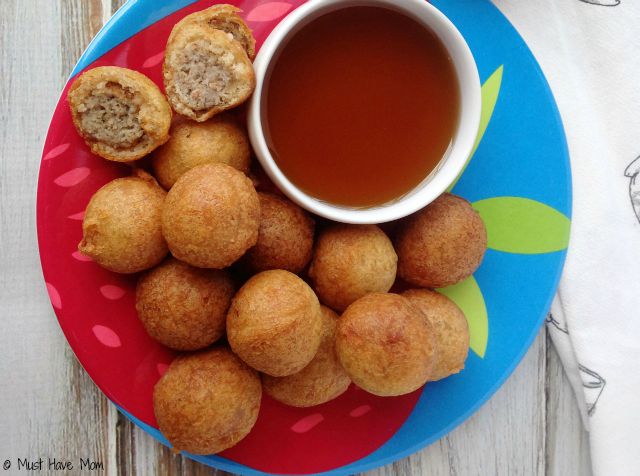 Go all out for your movie night by having breakfast for dinner. We love these sausage pancake breakfast bites. Pair with fresh fruit and some scrambled eggs for a full meal. 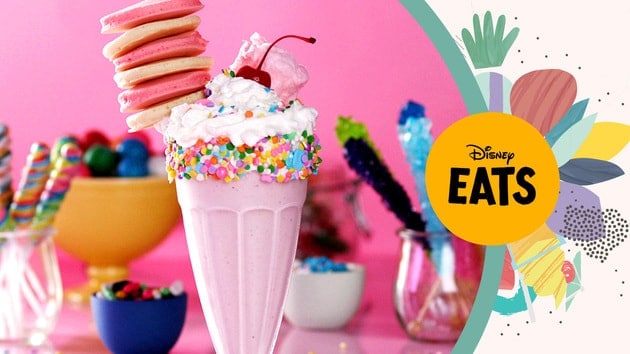 Of course, no movie night is complete without dessert. This Ralph Breaks the Internet Pancake Milkshake from Disney Eats looks amazing!

One lucky winner will win a Digital Code Card of Ralph Breaks The Internet! Use this easy Rafflecopter form to enter:

Why are you excited for the Ralph Breaks the Internet release? 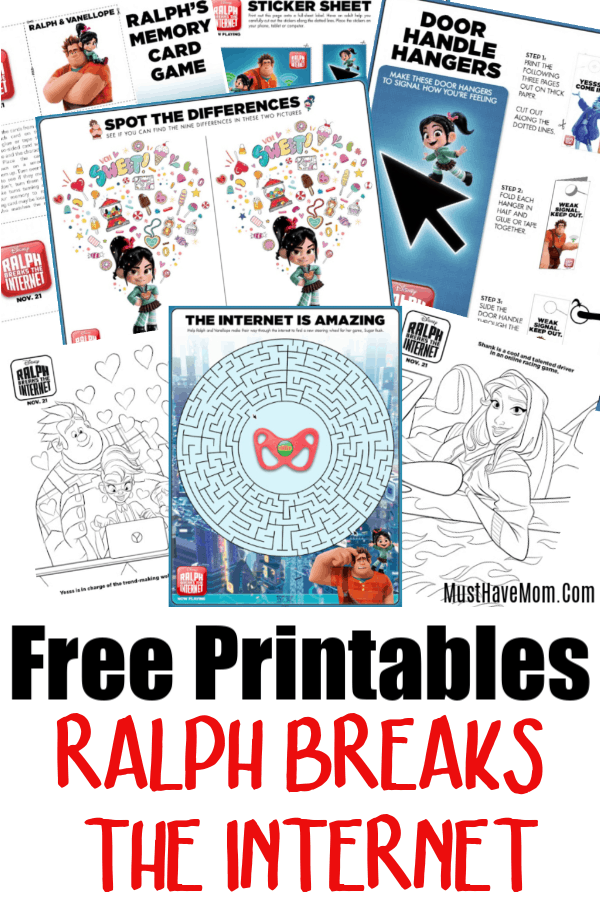