This is a sponsored post written by me on behalf of Sargento. All opinions are 100% mine. 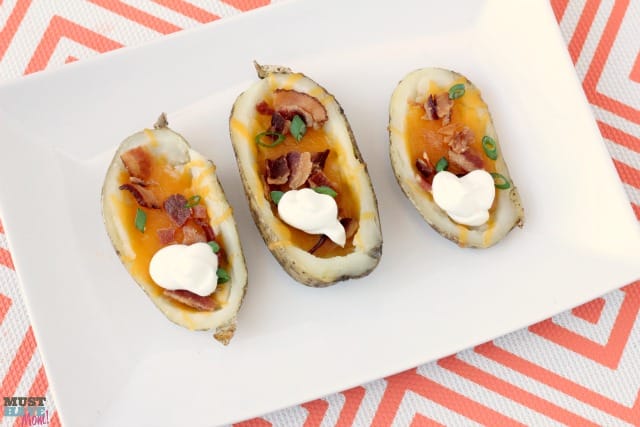 The big game is not too far away and I’m already busy testing out some game day recipes. These cheddar and bacon potato skins were a big hit at my house and they sure didn’t last long on the plate! These are definitely a keeper. Crisp, salty potato skin paired with a thin layer of potato, melted cheddar cheese, crisp bacon, sliced green onions and a dollop of sour cream and you’ve got a winner on your hands! Want to make them for your game day party? Of course you do! I’ll show you how step by step! 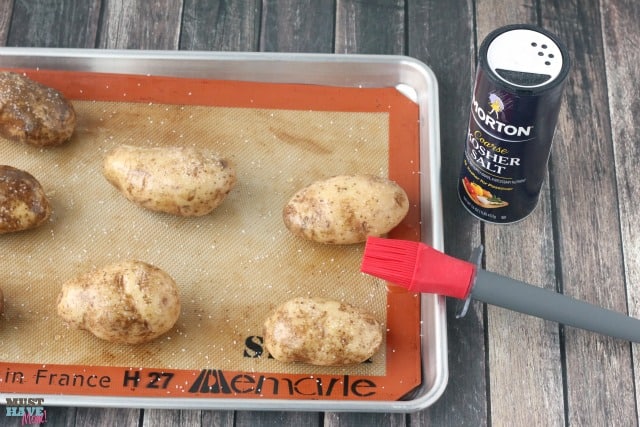 To make these delicious potato skins you’ll start off with 8 small russet potatoes which will yield you 16 potato skins. Brush each potato with canola oil and sprinkle it with coarse salt. Then bake them at 400 degrees F for 35-45 minutes until potatoes are tender and skin is starting to crisp. 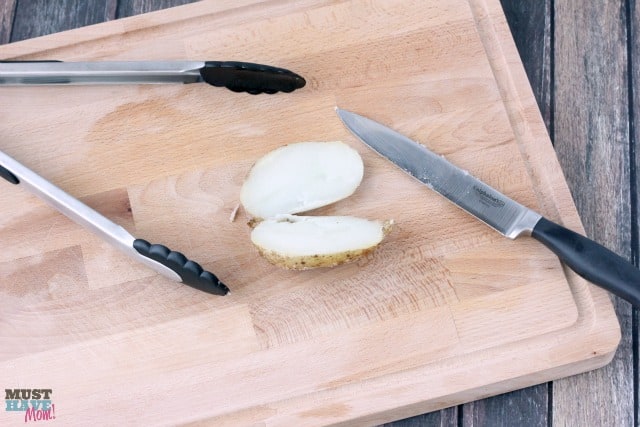 Next, using tongs to hold the potato, slice it in half lengthwise. Be careful, they are hot! 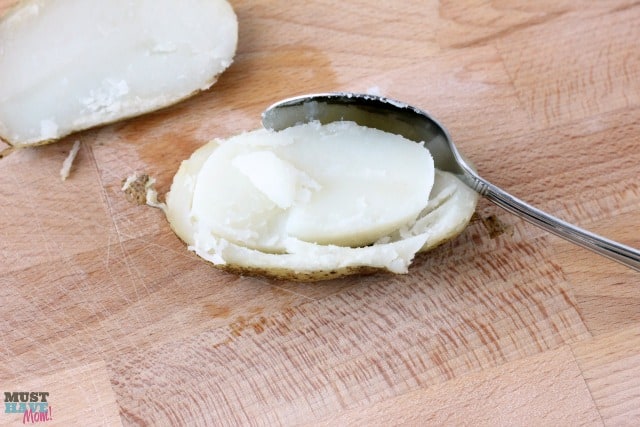 Now use a spoon to cut a rim around the edge of the potato. This will make it easier to remove the potato from the skin. 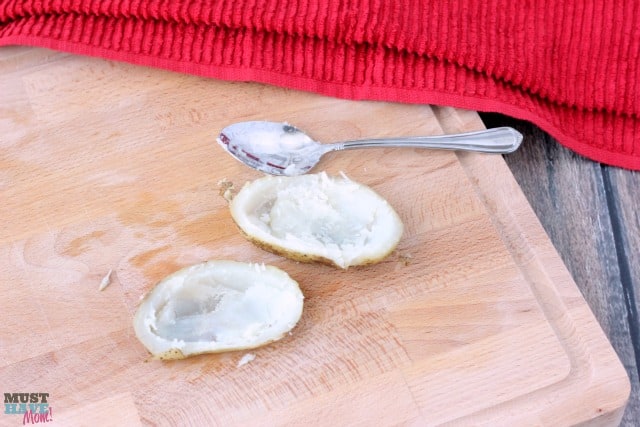 Now remove the majority of the potato, leaving a thin layer of potato behind. Be sure to save the scooped out potatoes for another dish! Can you say easy mashed potatoes?! 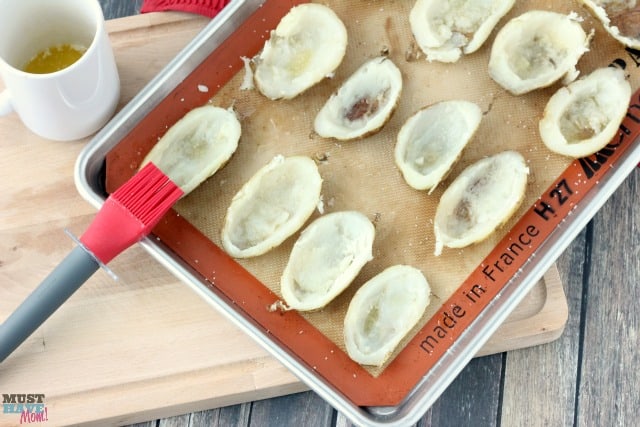 Now return the potato skins to the pan and brush them with butter. Increase the oven temperature to 425 degrees F and bake them for about 3 minutes. Then turn them over, brush the other side with butter and bake another 3-4 minutes until the skin is crisp. 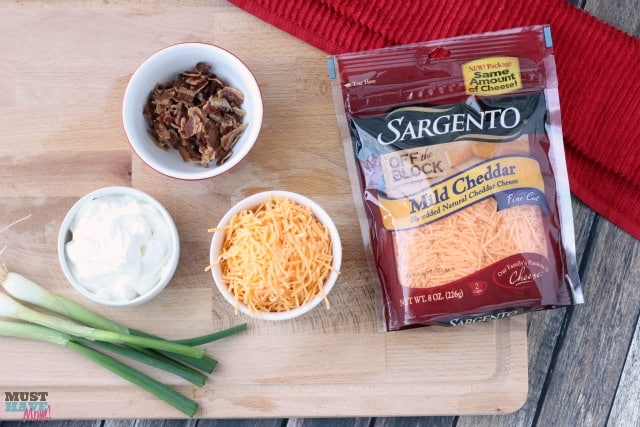 Now you’ll need toppings! The best part!! You really can customize these any way you like by adding whatever toppings you choose. For these you will need Sargento Mild Cheddar (fine cut), cooked bacon that has been crumbled, green onions (sliced) and sour cream (or sub greek yogurt for a healthier version). 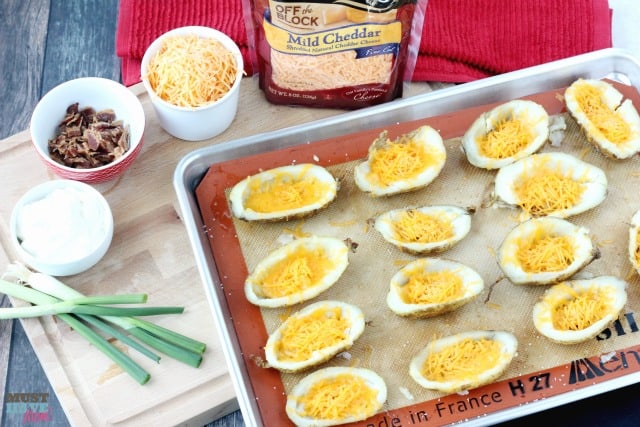 When you remove the potato skins from the oven return them to face right side up. Fill each one generously with cheese. Return to oven just until cheese melts.

One thing I love about these potato skins is that you are getting restaurant quality food that you’ve prepared fresh. They don’t contain any artificial ingredients and you know exactly what goes into making them. When choosing what cheese to put in them there is a specific reason I picked Sargento. Real Cheese People know that real, natural cheese makes all the difference. No artificial ingredients here. Sargento is known for the best and most unique cheese blends, from 4 State Cheddar to 6 Cheese Italian, which help home cooks get even more creative in the kitchen. Plus Sargento shredded cheese is cut off the block, every time! 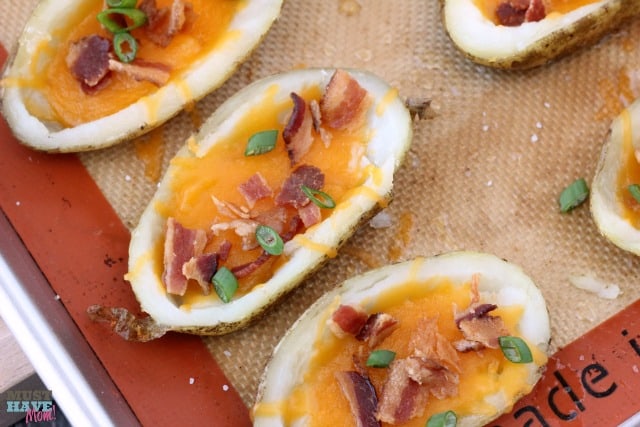 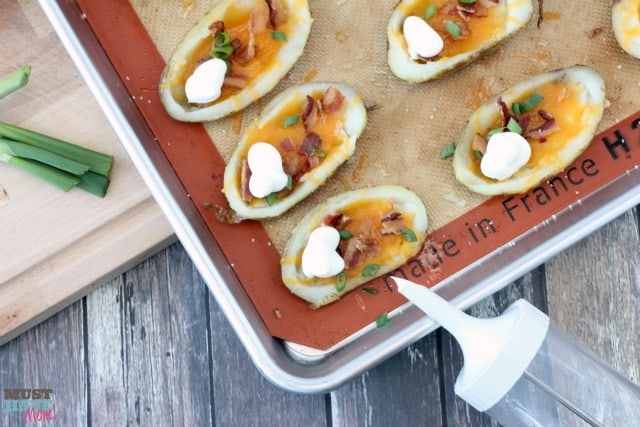 I used a frosting gun to pipe my sour cream onto them. You can also put it in a sandwich bag and snip the corner or just dollop it on with a spoon! 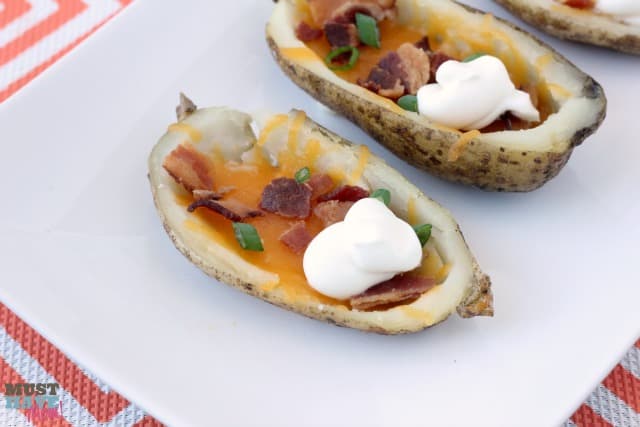 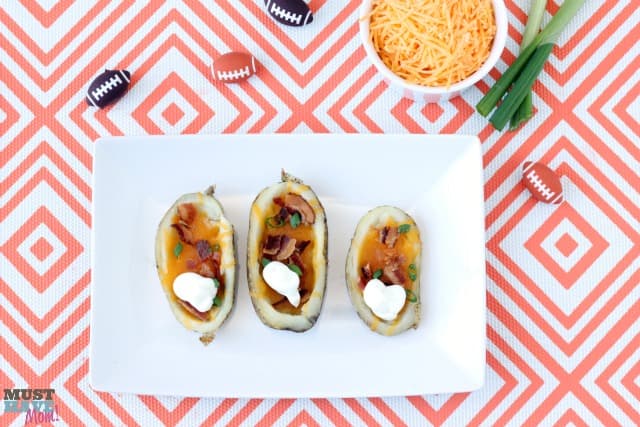 Of course presentation is everything so make sure you decorate your game day table with some mini footballs! 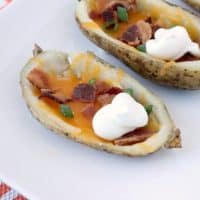