Growing Borax crystals is a fun science experiment that you can do easily and cheaply at home! Different water temperatures make different shaped crystals. You can easily make larger, clearer crystals with boiling water. While cooler water makes smaller, cloudier crystals and much more growth on the actual container.

I’ll teach you how to grow your own beautifully colored borax crystals using pipe cleaners as a base. The pipe cleaners allow large crystals to form on them, and they also make the crystals a little more durable in the end.

We are big fans of experiments at home. Last week we did a fun volcano experiment. We’ve painted rocks, made snow ice cream, and done a bug scavenger hunt. The best part of this craft is you don’t need much,  just a little time. And a way to keep the kids from messing with the jars while your crystals are growing.

You will also need:

Grow Your Own Borax Crystals

To start, bend your pipe cleaners into any shape you’d like. As you’ll see we had twists and turns, some with bases, some without. You can go bigger and more elaborate or smaller and more compact. The more compact it is, the more crystals will form on the outside. If you leave big gaps in your pipe cleaners, your crystals will end up with holes in them. 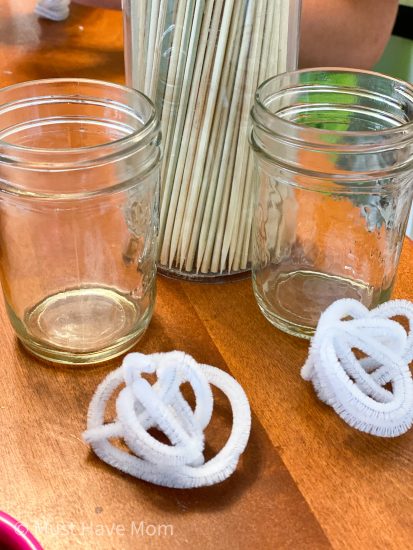 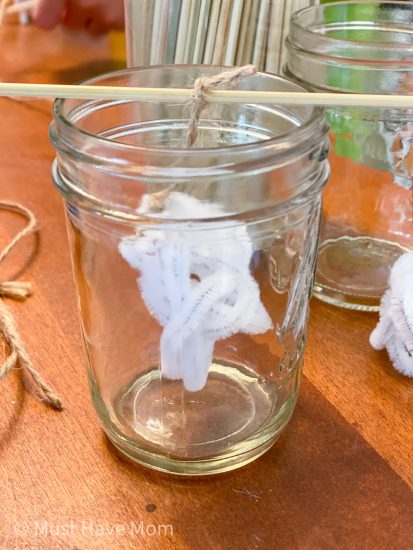 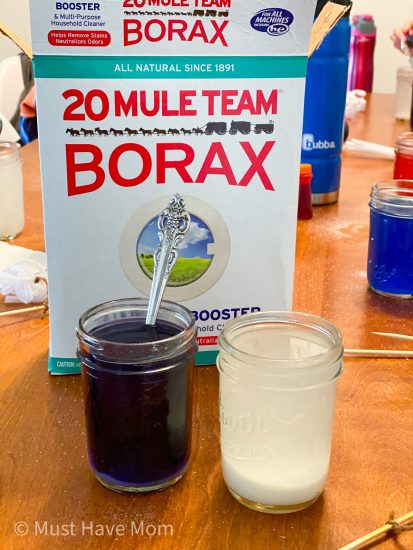 Once the pipe cleaners are bent into the shapes you want, tie a thread to each of them. You want the thread to be long enough to have your pipe cleaner almost touch the bottom. Cut off the excess thread after the knot. Hang your pipe cleaners on the dowels so they’ll be suspended entirely in the vessel you’re using – not touching the walls or bottom.

Now we make the solution to grow our crystals. For every cup of water, add 3-4 tablespoons of Borax. Stir it until the water becomes clear and the majority of the Borax is dissolved. Keep adding and stirring until the water stops dissolving the Borax. For the best results, add enough Borax that you can see a small pile of it sitting on the bottom of the glass after stirring until the water is clear. At this point, you can add more boiling water if you have too much Borax. If your water has cooled down, microwave it until boiling temperature again. The hotter the water, the better crystals it makes.

Place the dowels over the container and immerse the pipe cleaners into the solution. Shake them just a little to get rid of any air bubbles. We did each crystal in its own container. You can easily do more than one in a bigger container, however, make sure they don’t touch each other or the sides of the container. Cover the container loosely with something to keep it warm longer, I used a simple piece of paper. 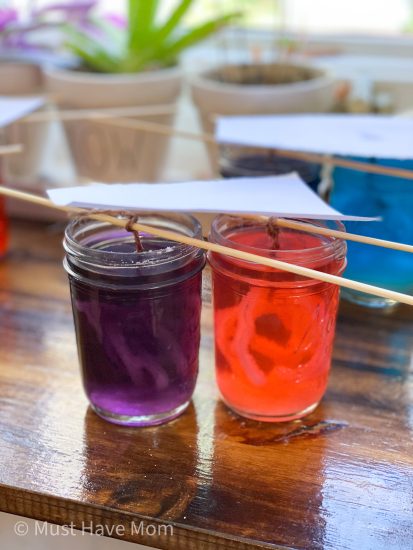 Place it in a safe area where it won’t get jostled and let the crystals grow overnight. The next day, you’ll notice crystals forming on the lower sides and bottom of the container. Your pipe cleaners should also be covered! Pull the crystals out of the solution and lay them on paper towels to dry, switching the towels out when they become too wet.

Let the crystals dry thoroughly. I found leaving them in a sunny window for an afternoon dried them out really well. Once the crystals are dry, they’re much less likely to break or crack. The crystals will last for a long time. Moisture is their enemy and I’ve seen some where people used clear nail polish or a clear spray to preserve them. 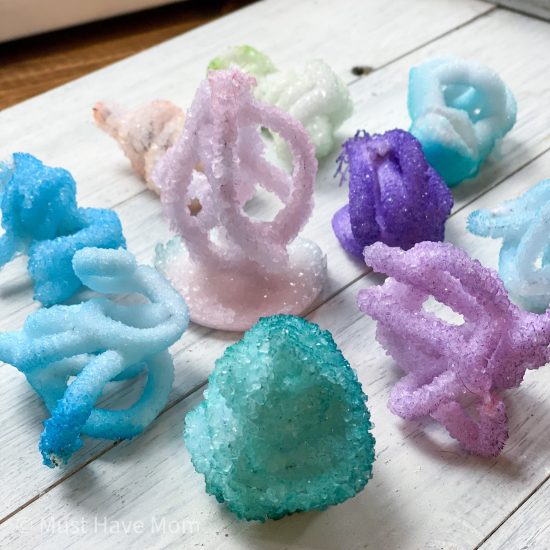 If you want to make more, you can reuse the Borax solution over and over! Bring it to boiling in the microwave, and add more water and Borax as needed. 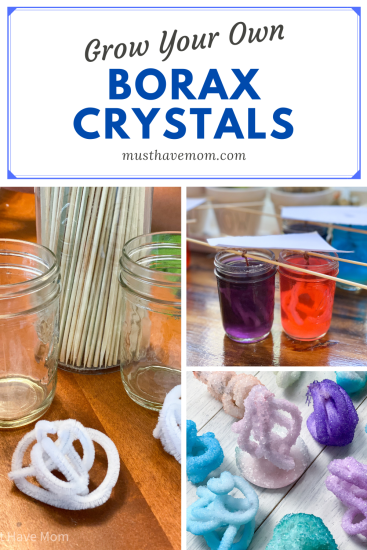