This post brought to you by TruMoo. All opinions are 100% mine. 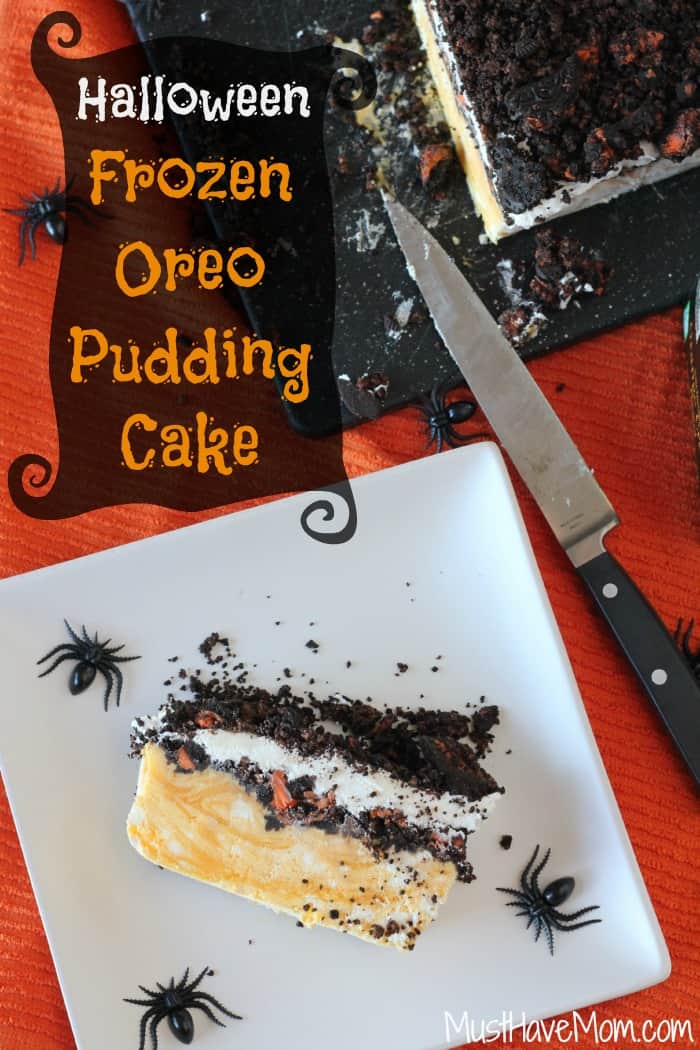 Halloween is coming and with that comes Halloween parties! This is the perfect Halloween Frozen Oreo Pudding Cake because it’s just like an ice cream cake that doesn’t melt! That makes it ideal to put out at your party without the worry that it will be a puddle in a few minutes time! Plus it tastes SO good! 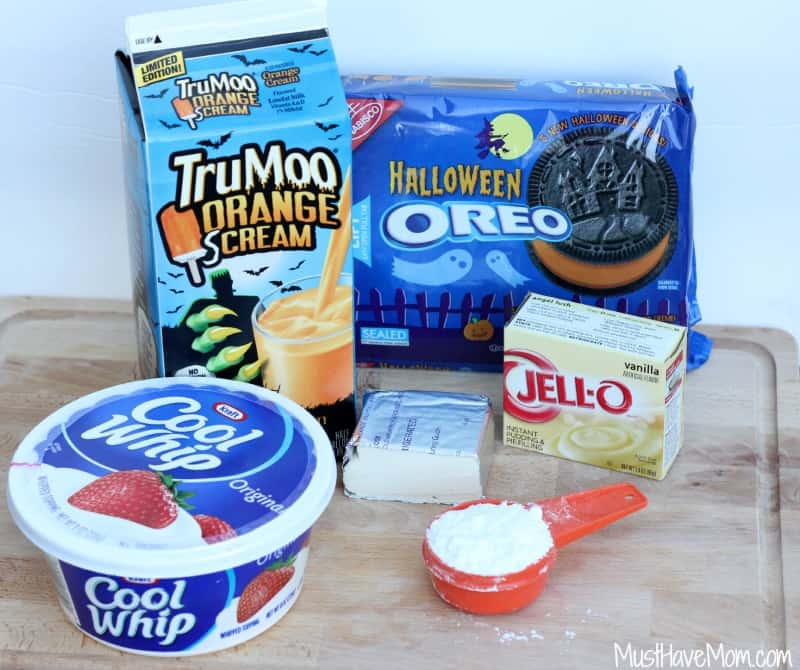 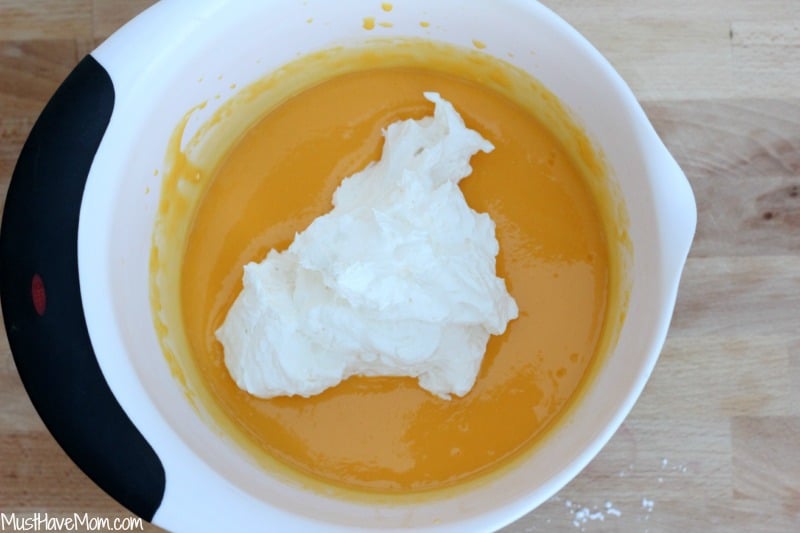 Then mix the vanilla pudding according to the package instructions, substituting TruMoo Orange Scream Milk for regular milk. Whisk until soft set and then stir in the Cool Whip mixture you set aside. 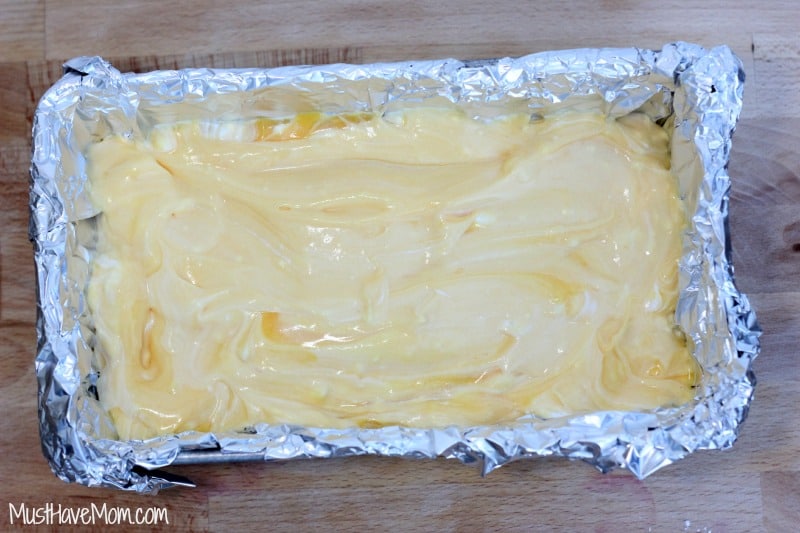 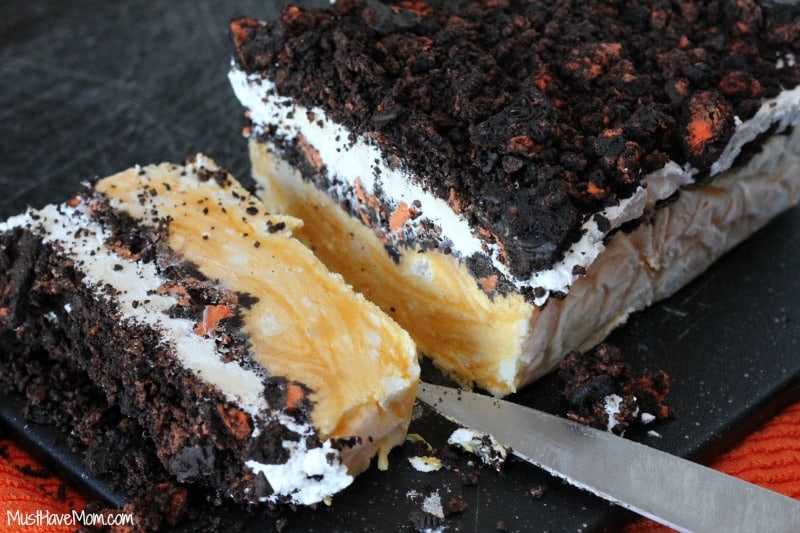 Once completely frozen you may remove from the pan and slice and serve! 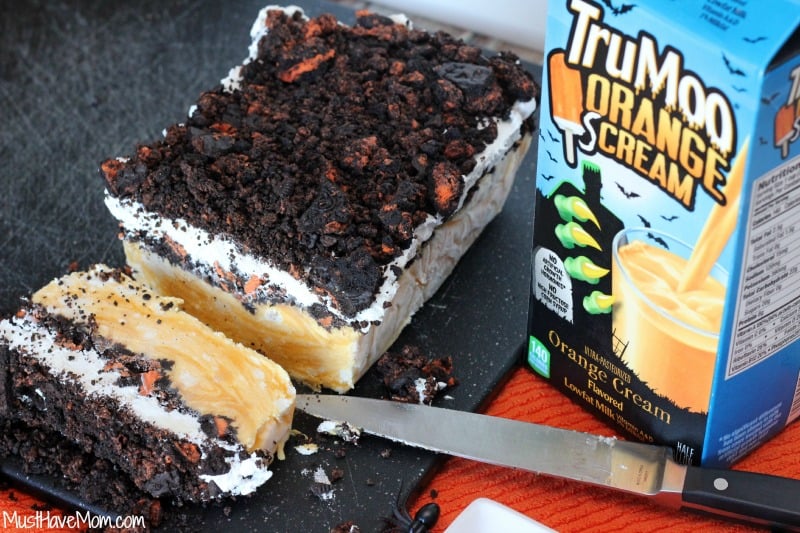 Since this frozen cake uses pudding as it’s base, it doesn’t really melt at all. It holds it’s form even as it comes to room temperature. It tastes best when frozen but it will hold well if you set it out at a party! 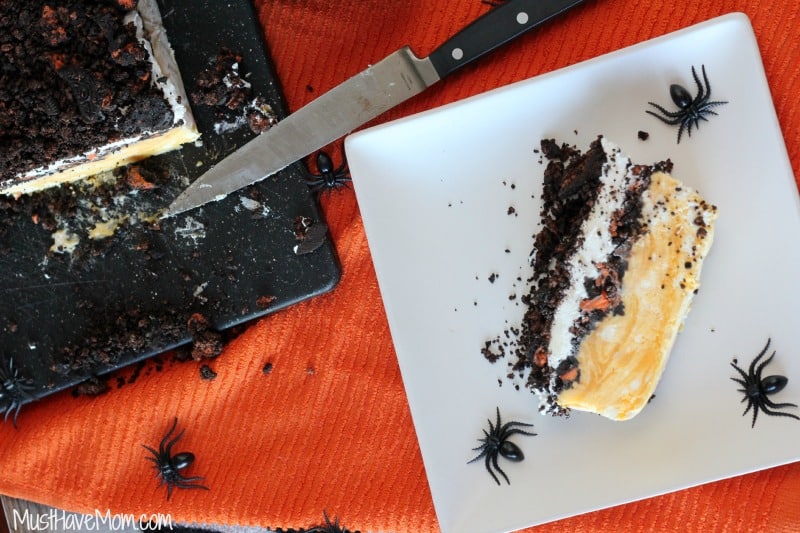 You can find TruMoo Orange Scream milk in your grocers dairy section along with the milk. TruMoo starts with fresh milk from your trusted dairy, with no artificial growth hormones and add just the right amount of sugar, and that’s what makes TruMoo A Truly Good Thing®. My kids LOVE drinking the TruMoo Orange Scream on it’s own and this frozen cake was a real treat! 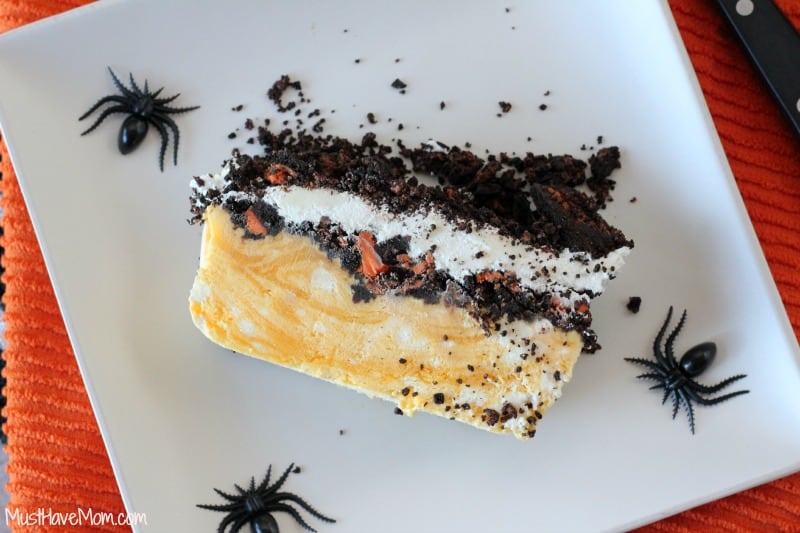 Print the recipe off below and Pin this post for later 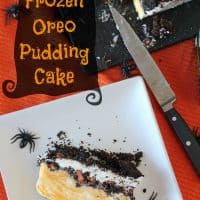