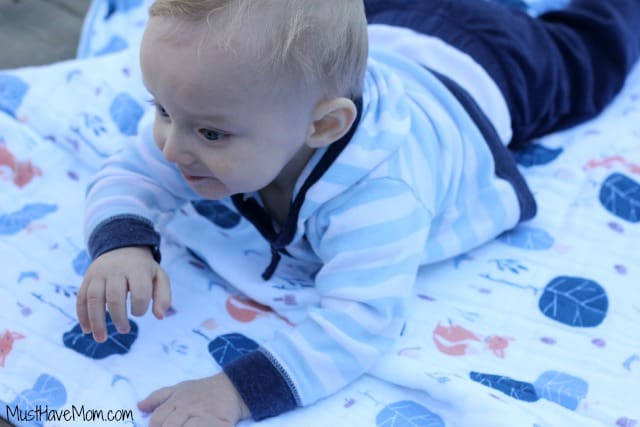 I think Brady is by far my most active baby. He is constantly moving and happy. If you hold him up in the air his little legs start running! He is happiest when in motion. This seems to hold true for most babies, whether they like to be in moms arms rocking or swaying or bounced. There are so many baby products produced on the notion that baby likes to move. Have you ever thought why babies like motion so much? Why is motion so important to babies? Why is gentle movement one of the most reliable solutions to soothing a fussy little one? 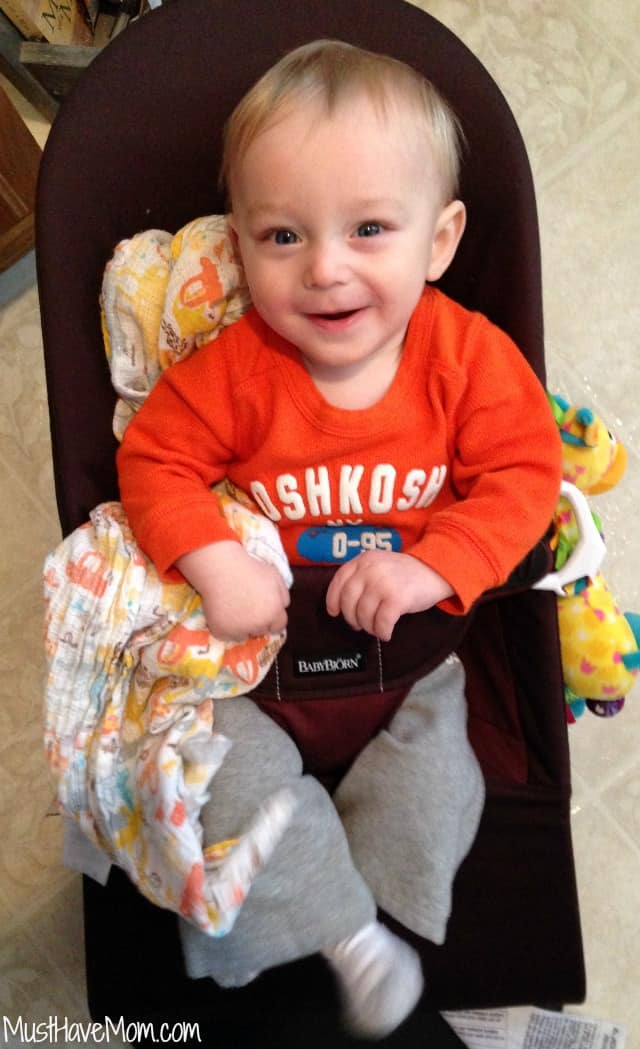 The science behind babies’ love for bouncing begins with the vestibular system, the complex path of chambers that make up the inner ear, responsible for sensing movement. According to neuroscientist Lise Eliot, Ph.D., author of Early Intelligence: How the Brain and Mind Develop in the First Years of Life, by the time a baby is born, her vestibular system is fully developed and she’s already used it to sense her position in the womb. At six months of age, the vestibular system has reached peak sensitivity as babies become more skilled in initiating motor skills on their own. Research suggests that vestibular stimulation as a method to soothe fussiness is more effective than other techniques, including a parent’s voice or touch.

Nothing can soothe a baby quite like a parent’s loving arms, but when holding your little one isn’t possible, a bouncing seat can serve as a comforting alternative. Look for bouncers like BABYBJÖRN’s Bouncer Balance Soft, which can grow with your child from infancy to toddlerhood. This bouncer offers a safe and secure place for baby to play, rest and sleep—without the need for batteries. Bouncers like the Bouncer Balance Soft encourage a baby’s interaction with vestibular stimulation by rocking in response to his or her own movements. Avoiding bouncers that rely on battery-powered stimulation will eliminate the risk of a baby developing a dependency on movement for sleep.

Most new parents quickly learn the importance of movement as a way to soothe their newborn baby, though many are unaware of the neurological and developmental benefits that can result. Understanding how vestibular stimulation aids in a child’s developing brain can help caregivers take a proactive approach in baby’s development while soothing her at the same time.

Brady loves his Bouncer Balance Soft. He kicks and wiggles and it responds to his movements. I love that it isn’t battery powered, but is instead a baby motion bouncer. It relies on him to move it. He doesn’t rely on any vibrations or movement to lull himself to sleep and I always put him in his crib awake and he falls asleep without crying. I think there is a correlation to why he self soothes so well.