Tweet
Pin30K
Share31
Yum
WhatsApp
30K Shares
Lately I’ve been so frustrated with my dishwasher. My glasses were all coming out cloudy and the dishes had to be perfectly free from food or they would come out still dirty. I was so frustrated that my husband took notice and bought me a new dishwasher! I thought my problems were all solved and while my new dishwasher gets the food off my dishes 10 times better than my old one did, I still have cloudy glasses! I went and bought new drinking glasses because I thought that ours were beyond saving. 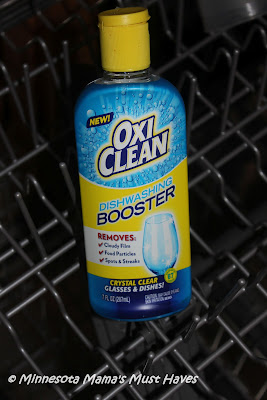 and decided to give it a try on my glasses. My old rinse aid had done nothing for them but I’m a big OxiClean fan so I figured it was worth a shot. 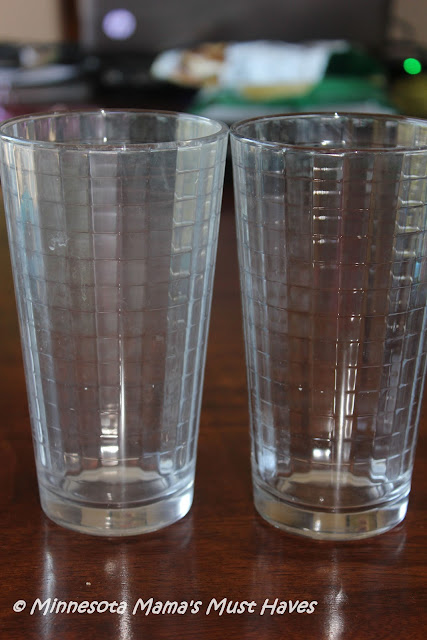 I was thrilled with how nicely the OxiClean worked on my glasses! It was amazing the difference it made. I had a hard time getting a good picture to really show the difference but you can see here that the glass on the left is the cloudy “before” glass and the glass on the right is the “after”. I put that glass through the dishwasher with Oxiclean Dishwashing Booster

and that’s all I did! I’m amazed that it took the cloudy film off the glasses. 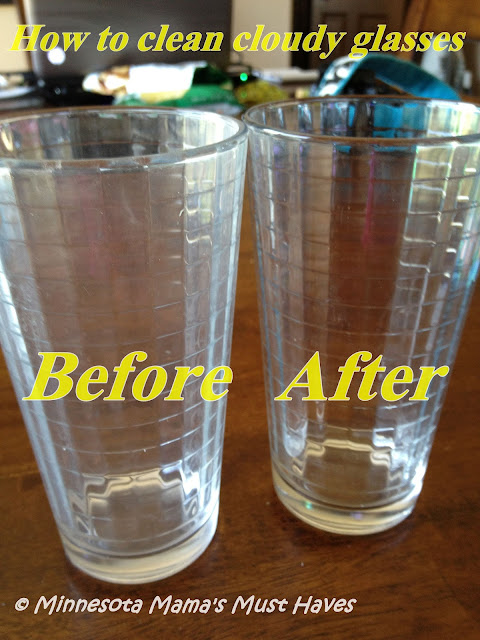 After doing my little test with the OxiClean dishwashing booster I read some interesting facts on why my old rinse aid wasn’t working anymore. I’m not alone in my frustration. 49% feel frustrated because they don’t know what’s causing the spots on dishes. And I’m also not the only one embarrassed to serve my guests water in a cloudy glass. 88% agree or strongly agree that it is embarrassing to serve on dishes that have spots or are cloudy.

I also learned something I didn’t know.

In July 2010, a ban on phosphates required the reformulation of dishwasher detergents. Since then, consumers have noticed that their dishes are just not as clean as they used to be. In fact, many experience a cloudy film on their glasses and dishes that can build up over time. Some consumers may have even considered replacing their dishwasher to try and resolve the problem….but it’s not the dishwashers fault ! OxiClean Dishwashing Booster can eliminate spots, residue, and cloudy film in just one wash and then keep dishware crystal clear wash after wash.

Okay I was one of those that thought I needed a new dishwasher 🙂 Although I’m happy with our new one. It does a better job of getting the food off the dishes. So why is OxiClean different than other rinse aides?

The unique multi-action formula dissolves the cloudy film (hard water salts and calcium carbonate) that builds up during the rinse cycle.

To eliminate the cloudy film in just one wash (Get the OxiClean First Wash Wow):

2) And, fill the rinse agent dispenser

3) Place your detergent in main wash cup as usual

For ongoing use to help keep the cloudy film from returning:

2) For tough film and spots, add two squirts into bottom of the dishwasher

I was really impressed with the Oxiclean Dishwashing Booster

. It saved my glasses from a trip to the trash and saved me the embarrassment of serving my guests a drink in a cloudy glass. If you have the same problem with your glasses or dishware then give it a try! For our cloudy glasses we added 2 squirts in the bottom of the dishwasher as well as filling the rinse agent dispenser and it worked in just one wash!

You can check out the OxiClean website or their Facebook page for more information and to keep up with the latest news and offers!

*I wrote this review while participating in a blog tour by Mom Central Consulting on behalf of OxiClean and received a product sample and serving tray to facilitate my review, and a promotional item to thank me for taking the time to participate.