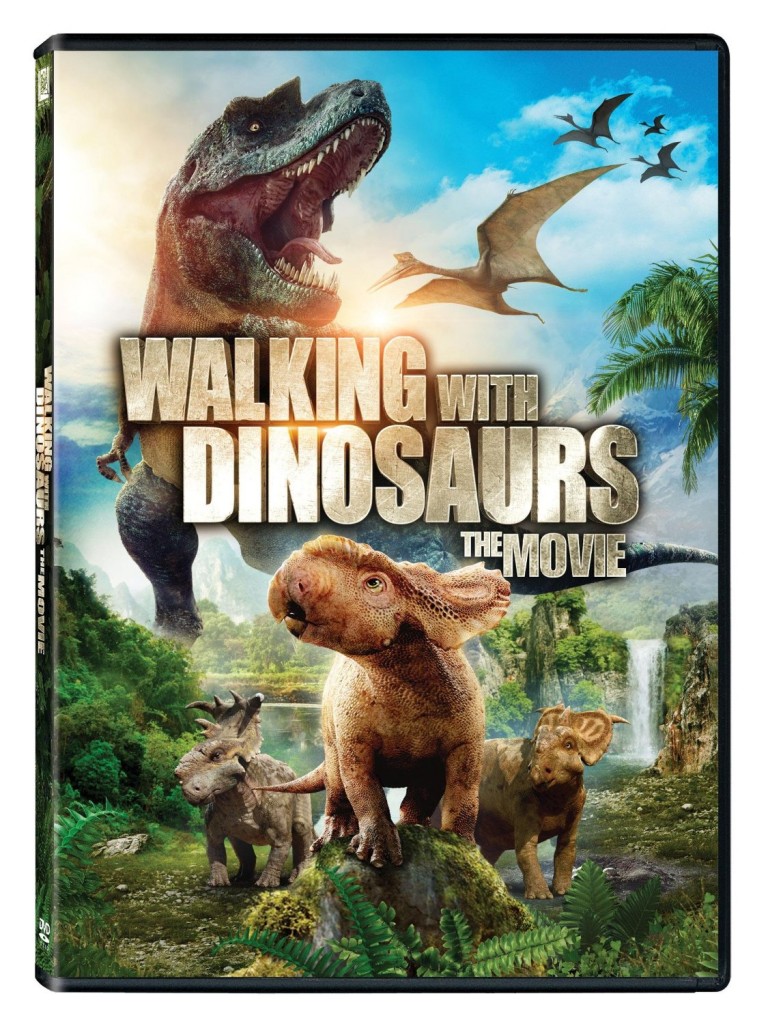 Walking With Dinosaurs is a fun and educational movie that came out on DVD and Blu-Ray this week!

Twentieth Century Fox Home Entertainment and BBC Earth Films invite you to bring home Walking with Dinosaurs The Movie, an awe-inspiring adventure 70 million years in the making, now stomping in just in time for Easter.

Dino fans of all ages will be ‘herding” to get their own copy of Walking With Dinosaurs The Movie, releasing on Blu-ray™ and DVD March 25.  Hailed by viewers for its explosive visual achievements, Walking With Dinosaurs is “Jurassic Park meets The Lion King” (The Today Show) and “…too good a visual treat to miss” (Philadelphia Inquirer).

Experience the spectacular story that brings dinosaurs to life and the viewer back in time. Directed by Barry Cook (Mulan, Arthur Christmas) and Neil Nightingale (Meerkats: The Movie) and the writer behind the hit film Happy Feet, Walking With Dinosaurs The Movie features heart-warming performances from an incredible ensemble of Hollywood’s biggest stars including: John Leguizamo (Ice Age, Rio 2), Justin Long (Alvin and the Chipmunks, Dodgeball) and Karl Urban (Star Trek).

This is a really fun movie to watch with the kids and get them thinking about dinosaurs! This also makes a great Easter basket addition! I loved watching this with the kids and then talking about what they learned afterwards. It’s a cool look back in time at some very cool creatures!

Use these FREE activity sheets to enhance your movie experience!

Win! One reader will win Walking With Dinosaurs on Blu-Ray! Enter Below 🙂