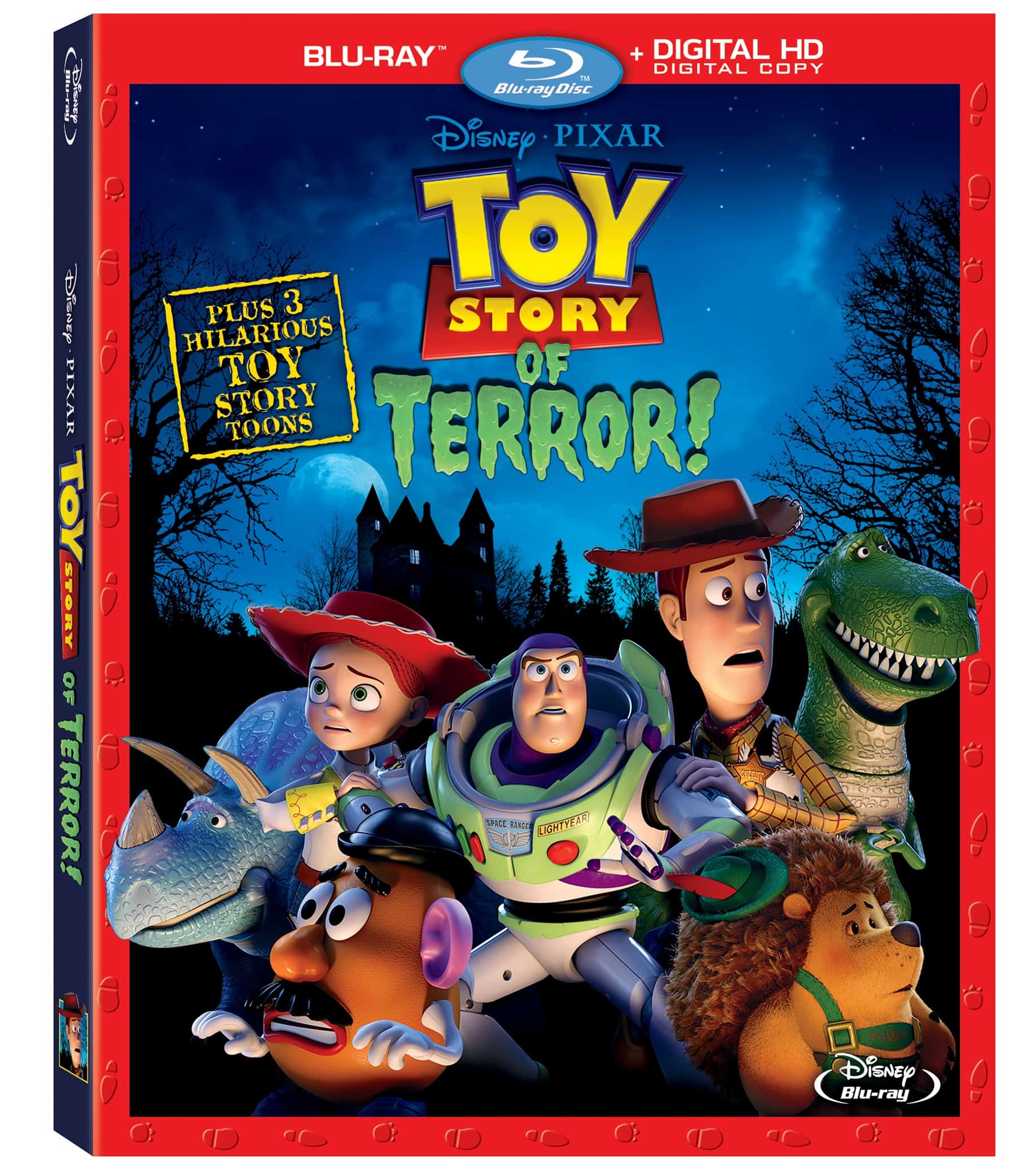 Out now is a new movie from our favorite set of characters! Who doesn’t love Toy Story? I thought each movie got better and better and now they are at it again with the release of Toy Story of Terror! It’s out on Blu-Ray now so head out and pick up a copy for yourself!

Everyone’s favorite Toys are back in Disney Pixar’s frightfully fun adventure “Toy Story OF TERROR!” available for the first time ever on Blu-ray + Digital Copy, DVD, Digital HD, and Disney Movies Anywhere August 19th.  Reuniting after the events of the blockbuster smash “Toy Story 3,” Buzz, Woody and the gang join new friend Combat Carl for a spooky tale full of mystery and humor that’s a must-own for “Toy Story” and Disney•Pixar fans this summer!

“Toy Story OF TERROR!” makes its in-home debut loaded with never-before-seen bonus features, including three Vintage Toy Commercials, which can be viewed as act breaks during the film or separately with Director Introductions. Additional all-new bonus features include Audio Commentary, Deleted Scenes with Editor Introductions and “Team of Specialists,” in which director Angus MacLane goes deep behind the scenes to introduce the team of specialists required to make this fun-filled “Toy Story” adventure!

Written and directed by Angus MacLane, animator on such Disney•Pixar classics as “Finding Nemo,” “Monsters, Inc.” and “Toy Story 2 & 3” and produced by Galyn Susman, “Toy Story OF TERROR!” features an original score by composer Michael Giacchino (“Ratatouille,” “Up,” “Cars 2”).

What starts out as a fun road trip for the Toy Story gang takes an unexpected turn for the worse when the trip detours to a roadside motel. After one of the toys goes missing, the others find themselves caught up in a mysterious sequence of events that must be solved before they all suffer the same fate in this Toy Story OF TERROR!

Have you seen Toy Story of Terror yet?