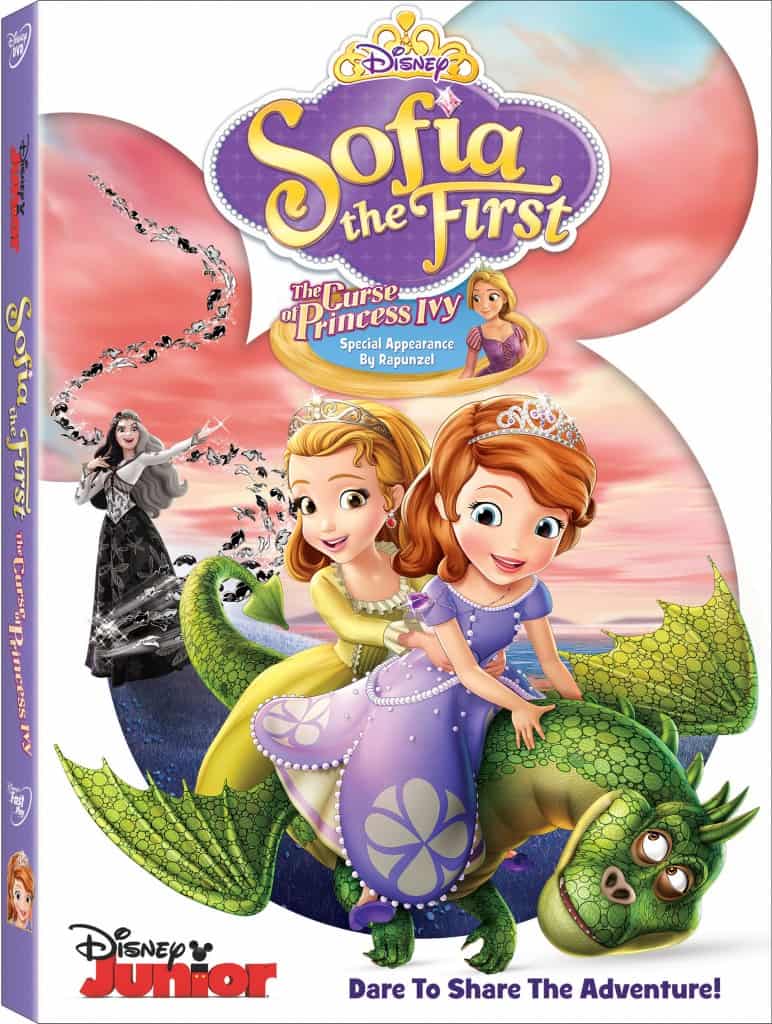 The revelation of a spellbinding secret sets in motion the most thrilling adventure in the history of Sofia the First! After learning that the Amulet of Avalor is magical, Amber snatches it while Sofia is sleeping.  Unfortunately, she unwittingly unleashes a curse that summons evil Princess Ivy, who threatens to destroy the amulet, seize the crown and turn the entire kingdom black-and-white!  Amber and Sofia soar through the skies on a flying dragon – aided by special guest Rapunzel – as they embark on a daring quest to defeat Ivy, break the curse and save Enchancia.  Packed with high-flying excitement, plus three more song-filled episodes, The Curse of Princess Ivy shows how love, trust, and unselfishly putting others’ needs first can truly work magic!

Danika loves Sofia the First and she was so excited to make her very own Sofia the First mirror with this fun kit we received. Would your little girl love to make one too? Enter the giveaway below! 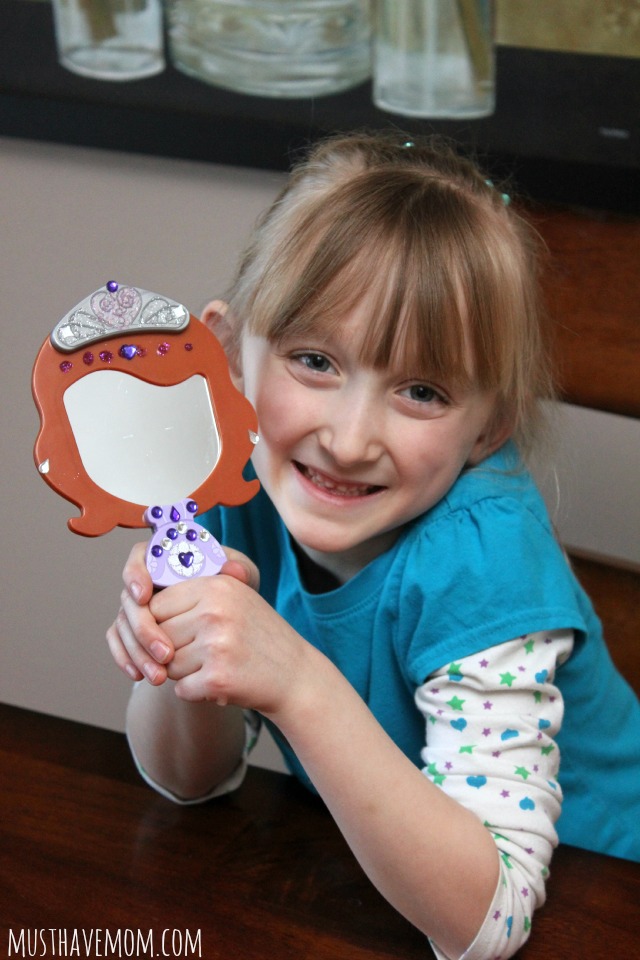 You can win the new movie, Sofia the First mirror set, puzzle and stationary set! 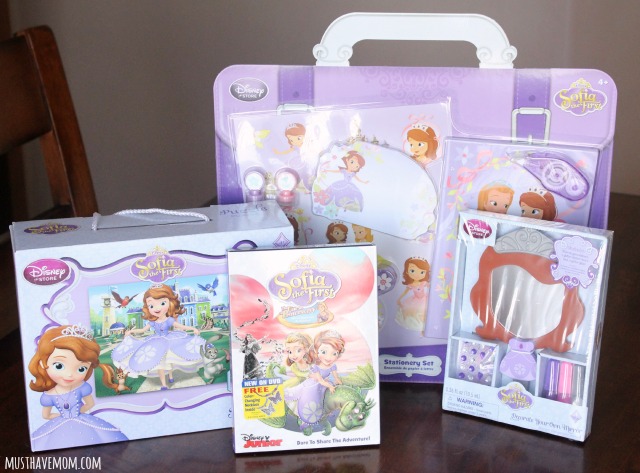 Pick up your copy of Sofia the First: The Curse of Princess Ivy on DVD at stores near you!

Win! One reader will win this fun Sofia the First The Curse of Princess Ivy Prize Pack! Enter below 🙂