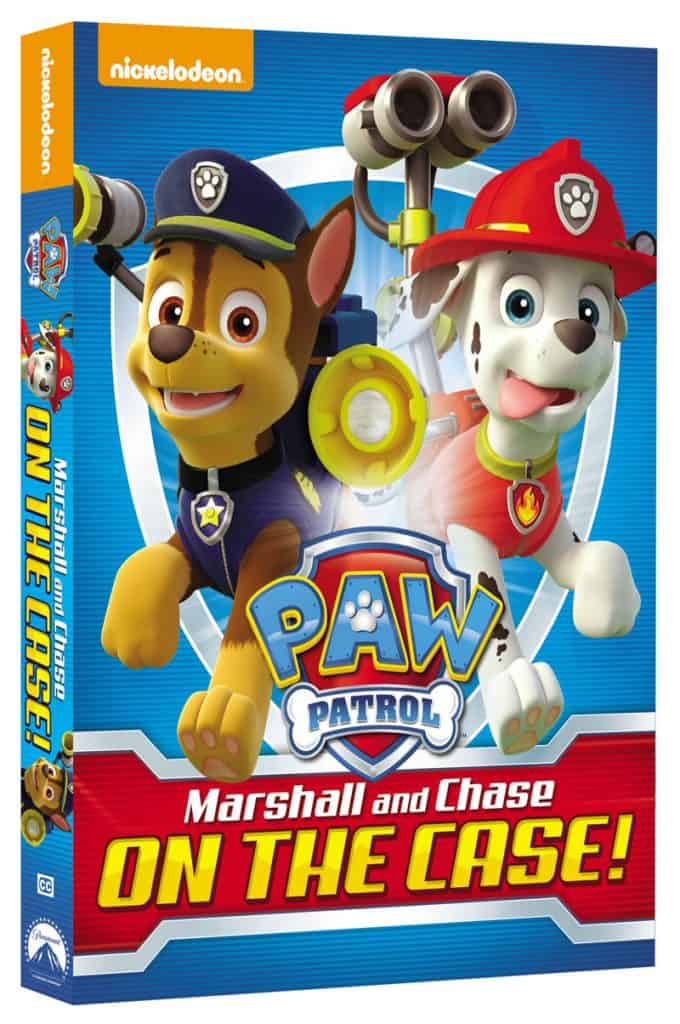 PAW Patrol: Marshall and Chase On the Case! includes the following episodes:

You can buy PAW Patrol: Marshall and Chase On the Case! at retailers near you starting today!