Here are the new kids movie releases this week! Aiden is seriously addicted to Paw Patrol. We’ve seen it about a gazillion times this week already! 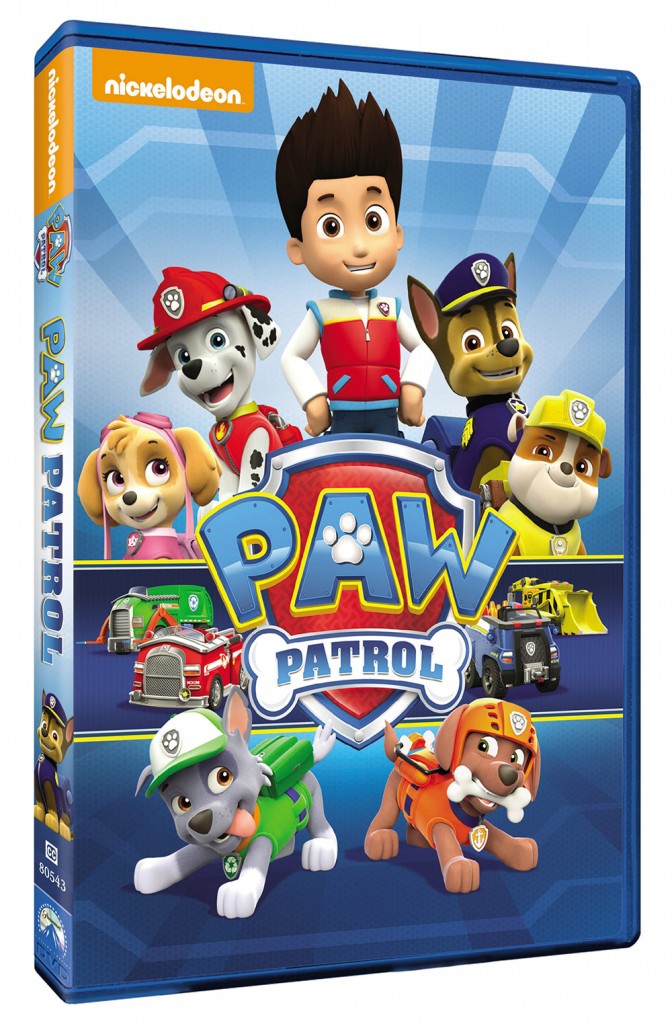 When in trouble, just yelp for help! The PAW Patrol pups are ready to save the day at home in their first-ever DVD! Prepare for 10 exhilarating adventures from the hit animated preschool series, PAW Patrol. The series, produced and owned by Spin Master Entertainment, follows the adventures of six heroic rescue pups and a tech-savvy boy who work hard to show the people of Adventure Bay that “no job is too big, no pup is too small!” The series features a curriculum that focuses on citizenship, social skills, and problem-solving. PAW Patrol premiered as the #1 preschool series on TV in August 2013 and is currently one of Nickelodeon’s top three preschool series. The DVD is produced by Nickelodeon Home Entertainment and distributed by Paramount Home Media Distribution in the US. PAW Patrol will be available on DVD on May 13, 2014 for the suggested retail price of $14.99. 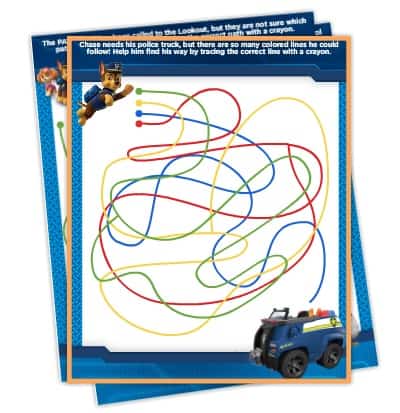 Since Aiden loves Paw Patrol so much I’m thrilled that Nickelodeon offers free Paw Patrol printables, activities and even party ideas. I’d love to plan a Paw Patrol day for Aiden filled with these fun activities, a themed costume from MrCostumes.com, and Paw Patrol themed food. Those Scooby snack graham crackers would be perfect party snacks! I can already see his eyes lighting up to have an entire Paw Patrol themed day!

Pups Save the Sea Turtles / Pups and the Very Big Baby
Ryder, Chase, and Rubble hatch a plan to help sea turtle hatchlings safely cross the road to get to the beach! / There’s a beached baby whale in Adventure Bay! Can the PAW Patrol work together to reunite it with its mother?

Pups and the Kitty-tastrophe / Pups Save a Train
Ryder and the PAW Patrol rescue a lost kitty from the bay, but who will save them from all the mayhem she causes? / Ryder, Rubble, and Rocky call in Chase to help the free Katie and Cali’s train from a rockslide!

Pup Pup Boogie / Pups in a Fog
The PAW Patrol must work quickly to fix the tracks and remove a train car at the Adventure Bay Train Station, before the next train comes. / Ryder and the PAW Patrol battle the clock to fix the lighthouse.

Pup Pup Goose / Pup Pup and Away
Marshal gets a new BFF when a gosling he names “Fuzzy” takes a liking to him. / When Mayor Goodway accidentally takes off in a hot air balloon, Ryder and the PAW Patrol must make a dramatic rescue to save her and win the race!

Pups Save the Circus / Pup a Doodle Do
Ryder gets a call from the Circus ringmaster – Ellie the baby elephant has escaped from the circus train! / Mayor Goodway’s purse chicken “Chickaletta” has gone missing. Ryder and the PAW Patrol search Adventure bay.

You can buy Paw Patrol on DVD at Target!

Have your kids seen Paw Patrol yet?