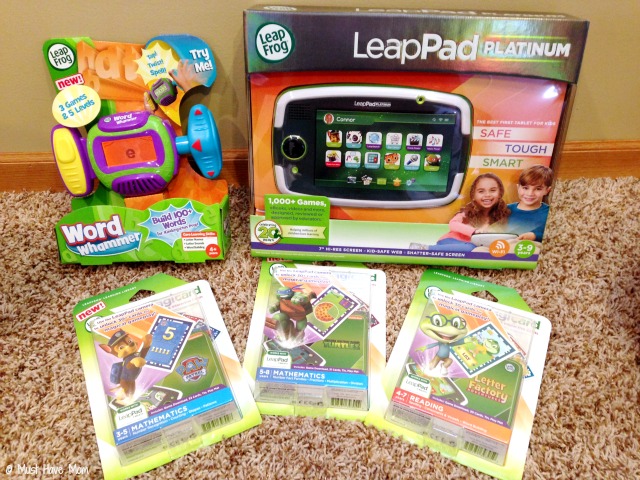 My five year old son Aiden is in Kindergarten this year. He was excited to start Kindergarten and the sight of the toys in his classroom excited him even more! However, now that we are a couple months into the school year he has lost any excitement for Kindergarten that he had in the beginning of the year. He has always been a child that is more interested in playtime than he is in learning. When filling out his Kindergarten info sheet his teacher had handed me, I quickly checked the box “not interested” when they asked how excited he was to learn. My daughter, on the other hand, has always naturally gravitated toward learning so having a child that isn’t interested in learning has thrown me a curve ball. I imagine I am not alone and I’ve got a couple tricks up my sleeve that are working well!

I knew I would need to get creative with the way that I presented learning new concepts. Aiden would much rather play than learn so why not combine the two? It would have to be very exciting though or else he would quickly lose interest. I’ve had a lot of products that have come and gone through our house because they just can’t hold his interest long enough to teach him anything. Here are 3 products that passed the test and not only held his interest, but excited him about learning! 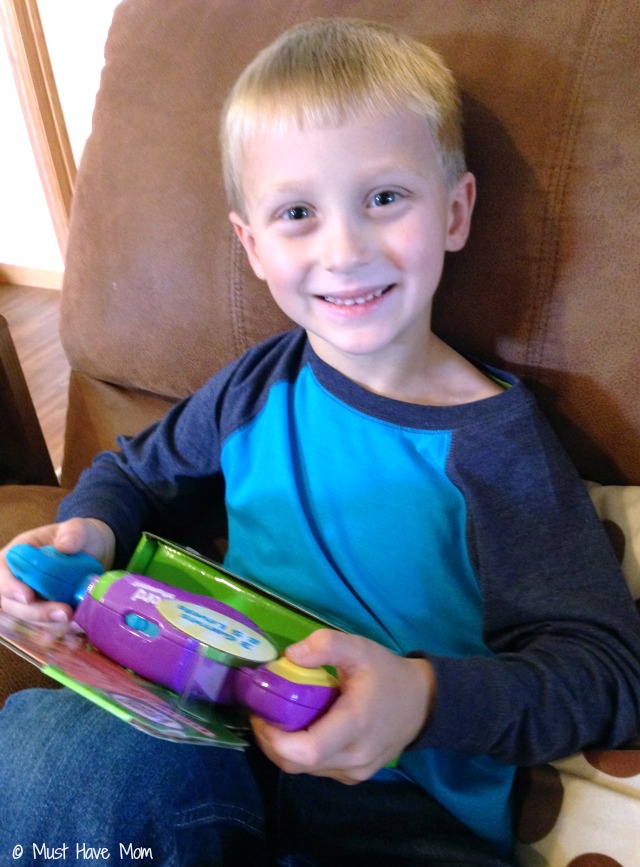 Now that ^ is the face of a child who is excited about that new toy I plopped in his lap! Much to my amazement he still gets that happy grin on his face when he plays the LeapFrog Word Whammer now, months after the new novelty has worn off. The Word Whammer is for ages 4 and up. It’s not only a great way to get ready for kindergarten, but it is also the perfect tool to help my struggling kindergarten student learn his letters and build words. The curriculum in kindergarten has been fast paced and Aiden has struggled to keep up with learning all the letters, sounds and words. The Word Whammer is a fun way to learn those things without it feeling like a chore. 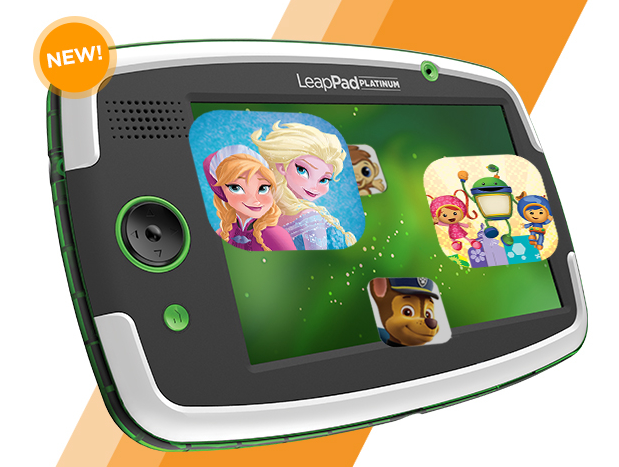 The other learning tool that I have found to be invaluable with my kindergartener is the LeapPad Platinum Tablet. For my son who would much rather play a game on a tablet, than sit down and learn anything, this tablet is the best of both worlds! The LeapFrog Platinum combines learning with fun, interactive games packed full of my son’s favorite characters. The 7″ touchscreen provides a large screen for viewing and easy play for all ages. I’ll admit I often find him sneaking this game under his covers at night and I just smile to myself as I know he is secretly under those covers learning all sorts of things that will help him in school! Plus I can rest easy knowing that his wifi access is restricted to only the games on his LeapPad and it won’t allow him to freely roam the world wide web.

To enhance the tablet’s features even further we love the Imagicard games that can be paired with it. Aiden’s favorites are the Teenage Mutant Ninja Turtles and Paw Patrol Imagicards which both help him with his math skills.

When you pair the Imagicards with the LeapPad Platinum the cards come to life! Watching Aiden’s eyes light up while he is learning and playing is so satisfying. Seeing him return home from Kindergarten with the confidence to read words excites me and I know the LeapFrog learning products have had a big role in that.

If you have a child who isn’t excited to learn and would rather play instead then try out these must have LeapFrog products to ignite your child’s inner love for learning (or at least trick them into learning while they play!). Find them at LeapFrog.com, Amazon or in stores near you! Maybe Santa can inspire some learning fun this year too 🙂