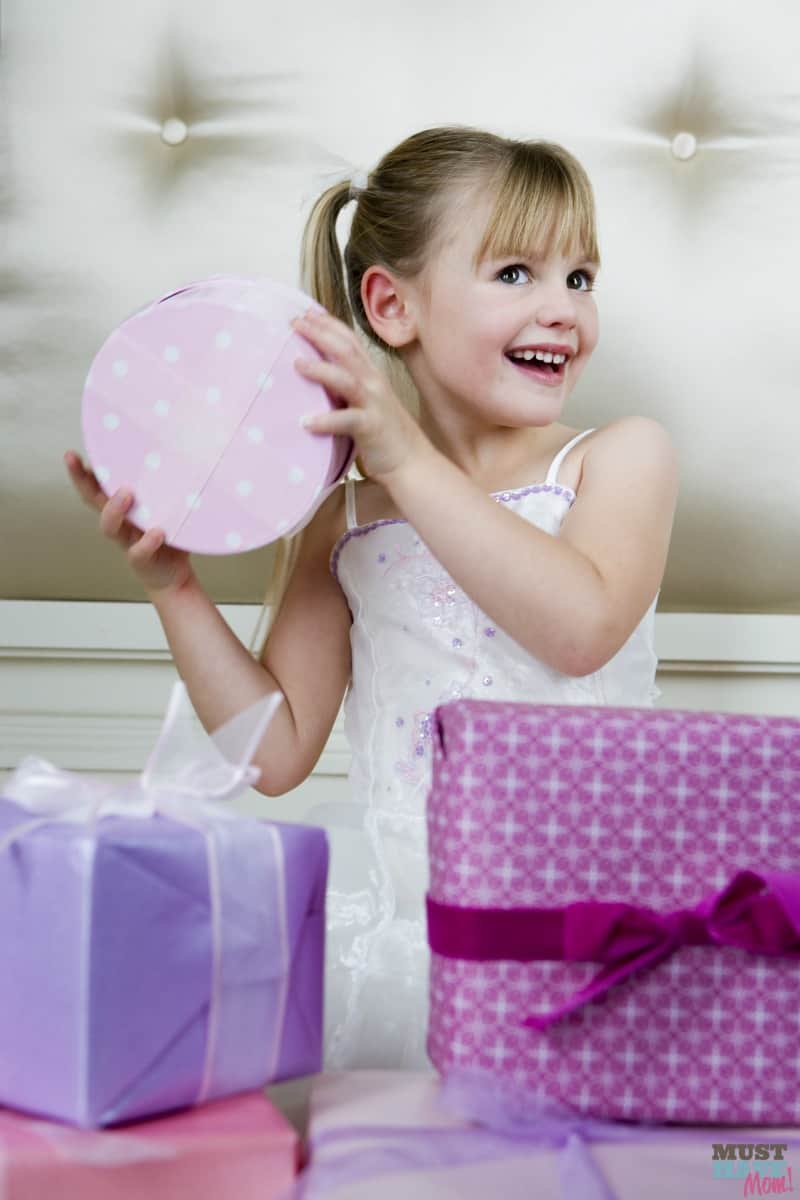 For the most part, children aren’t trying to be mean or ungrateful when they have a negative reaction to a gift. They’re simply being honest. In truth, none of us are born with an intuitive understanding that sometimes we have to accept gifts we don’t like in order to spare the feelings of the people closest to us. While many parents will prompt their kids to say “thank you” when given a gift, they often don’t explain why accepting the gift with gratitude is important even if the gift itself isn’t quite desirable.

How to Do It

In order to help your children learn how to graciously accept gifts, you have to lead by example. As all parents know, children pick up far more simply by observing their surroundings than they do by rote instruction. It is often said that children make adults and at least part of that statement is based on the fact adults must clean up their own acts if they wish to be good role models for their children.

In the case of receiving gifts, parents can set a powerful example by modeling the kind of behavior, even when disappointed, that they want their children to express when receiving a gift.

This will help explain to a child why receiving a gift with grace can be beneficial to the person doing the giving. Most importantly, you want to emphasize that it is never okay to hurt the giver’s feelings. Children should understand that they can’t poke fun at a gift or embarrass a giver, even if the giver isn’t there in person. Explain that being ungrateful for a gift is just another form of laughing at another person’s expense.

Finally, be sure to reassure your children that if they really don’t like a gift, they can speak to you about it later. Let them know that you can tactfully help ensure that the next time a gift is given, the giver understands what choices would be optimal. Maybe they can exchange the gift over at Zoey’s Attic or give it to someone who would rather have it and thus experience the joy of giving for themselves.

One thing that seems to trip parents up when attempting to instruct their children on graciously accepting gifts is the concept of lying. Many parents wonder how they can teach their children to be honest while simultaneously telling them to lie about being grateful when someone gives them a gift that they really don’t want. This is a complicated concept that can be difficult to explain to young children.

At the right age, however, children will be able to comprehend moral relativism and the idea that manipulative lives are different from lies told to spare the feelings of others. In other words, lying for personal gain is an entirely different concept when compared to lying that is designed to spare another’s feelings.

Teach kids that the dollar amount spent on a gift doesn’t matter. Whether something expensive is purchased or something is bought with a Chapters coupon, the monetary value doesn’t matter. It is the thought behind the gift that truly counts.

Believe it or not, children as young as three often comprehend this large moral concept when adults take time to explain it to them with concrete examples. In particular, children are able to grasp why lying to spare someone’s feelings is different from lying for personal gain when given examples on their age level. Between the ages of three and four, children are often able to comprehend the meaning of gratitude and can understand why being gracious, even in times of disappointment, can be appropriate.

Bethany Slater works as a personal assistant. She loves writing about her experiences on the web. Her posts are available on a number of lifestyle blogs.